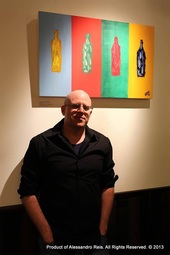 The artist with “Artist’s Delight” at the Ainda, Vida exhibit

Back to English: one of the cool things I got out of this was that I was recently interviewed by the Cultura segment on eParaná, which is one of the TV stations in the state of Paraná here in Brasil. Unfortunately, the link to the video doesn’t work anymore, and I was never able to download it, but you can see a photo of me with the Cultura team below, after the interview took place.

You may be wondering why the exhibit is called Ainda Vida. It’s a play on words. “Natureza Morta” is the term for “Still Life” in Portuguese. Translated directly “natureza morta” is literally “natural death”, which always seemed an odd expression for a style of painting that focuses on a set up of objects. But then again, “still life” is also a bit strange because not everything in a still-life painting is alive. We came up with the idea of making it “Ainda Vida” to represent that despite my struggles early on as an artist, I was still alive…painting still life paintings. So it’s a double-meaning in that regard. 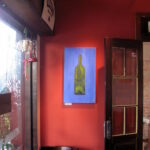 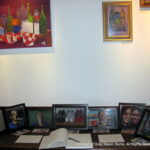 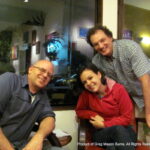 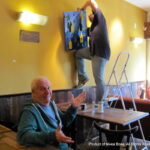 Getting lots of help here 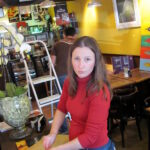 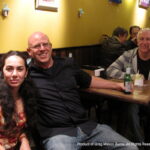 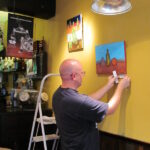 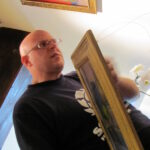 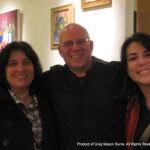 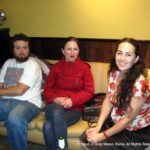 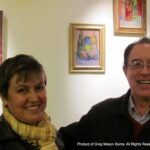