Conversations About Art: with Bazévian 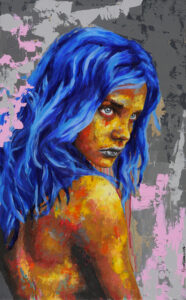 I recently started doing conversations about art and what people in the art world think about their field of work. The first article was about abstract art with Guido Viaro, the writer from Curitiba, Brazil.

Today’s article is about figurative art, and for that I caught up with emerging artist Bazévian. He is primarily a portrait artist, specializing in capturing the homeless using oil pastel and china ink.

Bazévian is originally from the north of France, and he grew up under the auspices of art because both his mother and grandmother were artists. “I was exposed to art very early. My grandmother and mother were artists, too. However, in the case of my mother, she is more a copyist. When I was young, there were in my home several copies of Van Gogh, Klimt, Gauguin. My grandmother’s watercolor paintings were also on the wall along with a large collection of artist books.“ 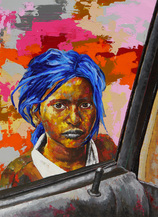 He eventually went to Napier University in Edinburgh, Scotland to study Graphic Design before he made the move full-time to visual artist. But it was in Norway where he first met his inspiration to paint homeless people, and it was in Brazil where he really developed his idea. “I started to work on the project when I was living in Norway, which is a rich country. I have always admired the ability of Norway to care about poor people. So when I arrived in Brazil, that was a shock when I saw the first kid and family sleeping on the street. As a result, I became a witness to society and tried to develop a long series of portraits of homeless people and orphans.”

It was three years ago when he started the project when the economy was struggling, but the issue doesn’t stop there. He focuses mostly on portraits because, for him, the face is a vital part of how we express ourselves. “I started three years ago a series of studies (Decrisation) based on the human condition, especially the faces of homeless people. Face is meaning and language. It is obviously the location for the expressions and emotions which give information about the character. However, the face is also the only part of the body that is normally exposed and naked. We can’t hide it in our society. So every day, when we look at faces, they talk. Moreover, when we look at a face, we choose to accept the social conditions of this person. That’s why the portrait has a significant place in my work.” 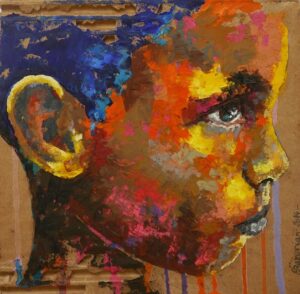 Bazévian also believes that art functions the same way, regardless of style or technique. “…the artist expresses himself through his work and the spectator tries to read it, using his emotional sense. In my mind, whether you liked a piece or not, that the painting gives emotion or feeling.” And it’s the old masters who he admires most because they had an uncommon passion and dedication only to their work. It was that passion that drove them to create pieces with such great emotion in the end.

I asked him one final question, which I always ask my artists: What advice would you give to someone who wants to buy art? Not surprisingly, his answer was: “Buy a painting which gives you feeling and emotion.”

You can find more of Bazévian’s work at the below sites: 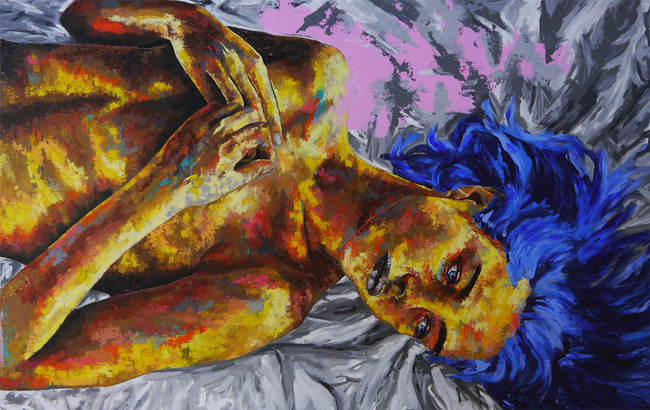