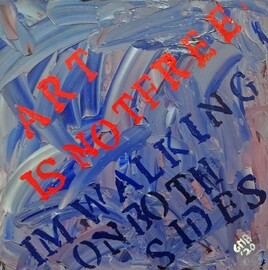 Scam or Not? Read On…

Scam might be a bit of a harsh word, but “uber-wealthy family asking for free art from emerging artists” is not far from reality. People need to know about this. I’ve given a bit of a timeline below for you to read and come to your own conclusion. Essentially the Copelouzos Family Art Museum in Athens Greece asked me to be a part of their 35 x 35 project. This project is simply a donation to their personal, private, family art collection.

After doing some research on them, I accepted the offer with a caveat. I would create what I felt was the correct response to their request. I have participated in donation-style exhibits before that have some similar elements to the 35 x 35 Project. Most notably is that these projects send the artist the canvas, publish the art(ist) in a book, and have a public exhibit. Many others scan and upload the artwork into digital databases and are accessible publicly going forward.

What differed from this project was the “… opportunity for us and the receivers of the book but also through the exhibition, to get acquainted with your work and begin a longtime fruitful communication/collaboration with you.” In other words, there was hope of future sales or commissions with this donation. As you might imagine, this never happens.

Is There a Public Component?

Also, there is no public component to the 35 x 35 Project. It is a “voluntary art project” and a “donation art project” where the art goes directly into the private collection of the Copelouzos Family Art Museum. The museum doesn’t even have a website, let alone a public component to it. In other words you probably can’t walk up to the ticket window and buy entry to the museum. It’s completely private. So while it is voluntary and a donation project, it might actually be emerging artists giving art to a very rich family in Greece so that they can add to their collection. This is especially true if the vast majority of artists who participate never hear from the museum ever again after their submission.

And that’s what happened, too. I contacted several artists who have participated in the past. While they said the book was decent (it used artist-submitted photos, so not all photos were up to snuff), 100% of all the artists who got back to me said that they never heard from the museum, the program, or any other collector or gallery otherwise again. In other words, they took the art and ran off with it.

I’m an artist who sells, but not a lot. I get a lot of support through my Patreon page. Please click here to support me. Thank you!

For context, I participated in the Imago Mundi Project, which is another voluntary, donation art project. Luciano Benetton created it as a means to show the diversity of art throughout the world. The aim is to collect contemporary art from every single country, exhibit these works in all the countries so as to reach as many people as possible, and to create a publicly accessible digital database for research (<– This link is the specific collection that I am in). My submission was called Incomplete and is in the Scotland Collection. It is a reference to Scottish Independence, and the book looks nice, too.

Art is in the Eye of the Beholder

But here’s the real kicker. The Copelouzos Museum says they are collecting contemporary art, but in reality they’re puffing their own chests. Because I created a piece of work that they invited me to send in, and then they rejected it. They said it is “…a negative criticism to the 35x35project…”. But anyone collecting contemporary art should know that this type of activism is extremely popular. In fact, the Imago Mundi Project accepted work exactly like this by Spanish artist Eugenio Merino (Pay Me, 2014). So their criticism is not just dangerous with regards to muting artistic voice, but it clearly states that they just wanted something pretty to add to their collection, not uncensored contemporary art.

There are other donation-style projects that are fundraisers for non-profit arts organizations. I gave a free piece of art specifically to help these organizations raise money for their stated non-profit mission. I didn’t get anything in return (except for a tax deduction, which I may have or not even used) but I knew there was a community benefit. In fact, one donation was to an organization I have never even visited in the Studio Channel Islands in California. So I’m not against “voluntary” or “donation” projects. If I do participate, however, there must be a community component or they accept what I give them. If you want something special, you buy it. The Copelouzos Family Art Museum decided they didn’t want it.

If subscribing isn’t your thing, please buy a print. This link brings you to the artwork I submitted to the project, but there are many other works under my name. Thanks again! 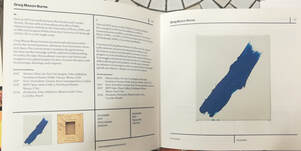 My page in the Imago Mundi Scotland Collection Book

Here is the timeline of events. Please note that I have the email thread from the director of the program, so what I’m stating is true and I can prove it legally if need be.

So you’re probably wondering why I would send the artwork in. The answer is that I should. This only makes sense. They sent the canvas, and I accepted to participate in the program. Considering I wrote this post, it is only fair that I follow through with my original intentions. However, I will continue to update this as I learn more. This is because submission is supposed to mean an exhibit at the museum and well as publication in a book. I’ll be waiting to see if I get the book and proof that it was, in fact, exhibited as noted. The museum has yet to schedule an exhibit. 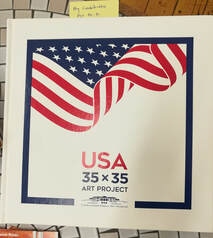 Copelouzos Family Art Museum Book: The book is heavy, thick, and well-put together

The book’s quality is good, but there still needs to be an impact for artists here. The book does nothing if all it does is sit on my studio entrance table for people to browse. Maybe it makes a potential buyer look at me differently. But are collectors really seeing artists if there are hundreds of artists in one book? What is the book’s impact? I’m not one for ego here. Yes, I’m appreciative that the book turned out better than I thought.

If that’s true, then that’s great, but improvement needs more than just the book. Artists in the project need to have public exposure. Artists deserve positive impact. We’ll see what happens on that end. Since the book is good, and since they are making a point of contacting artists to get their opinions, then I hope that there will be a next step. 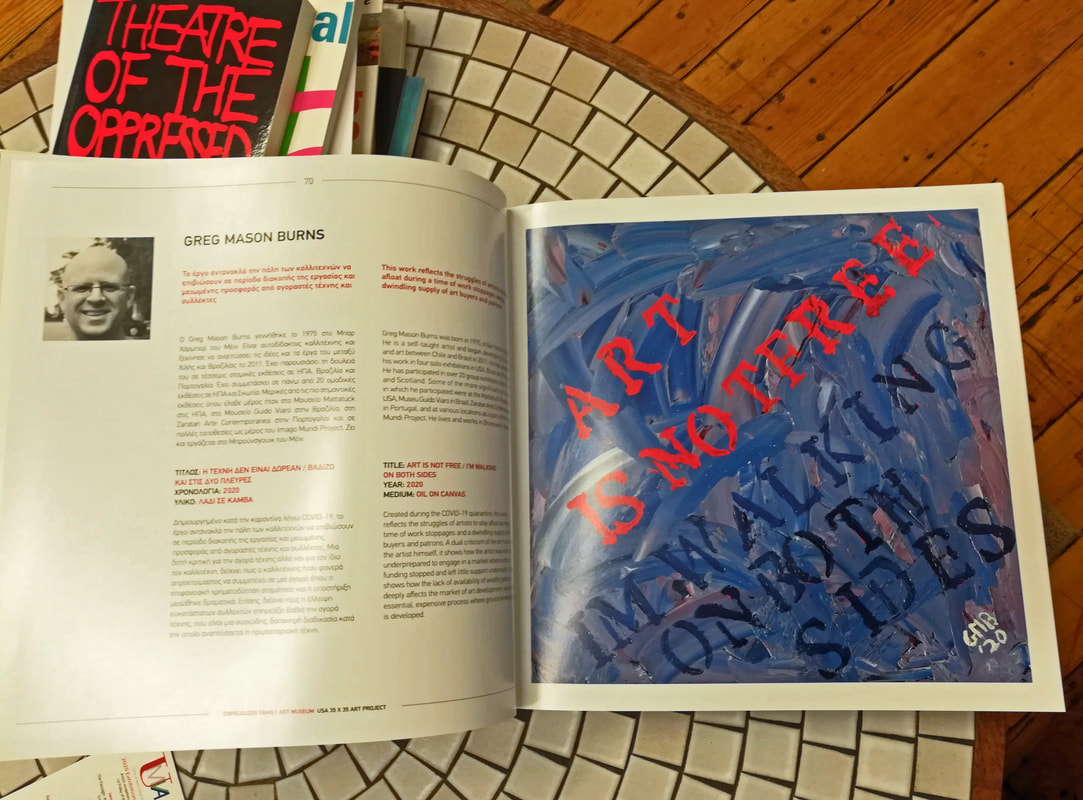 Copelouzos Family Art Museum: My page inside the book 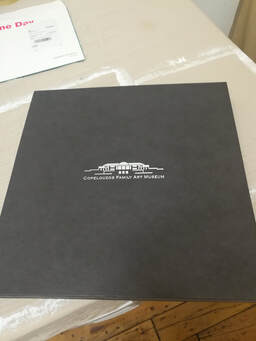 Copelouzos Family Art Museum: The box they sent the canvas in.

What Can You Do?

Sorry, the comment form is closed at this time.