A Critique of the Definition of Documentary Art 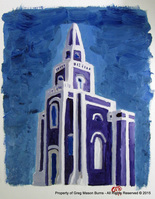 Documentary arts: An image tells us a story, whether it has detailed facts or not

The first thing that comes to mind when we think of a documentary is usually a film. Beyond that, we typically think of writers and photographers, especially those of the journalistic type. But that’s not all. Painters were definitely the documentary artists before photography was invented. Painters such as Raffaele Carelli and Johann Moritz Rugendas documented the landscapes they visited. In fact, the Hudson School was probably the dominant American documentary arts style of the 1800s. They influenced the mass migration westward in the US as much as anyone did.

Documentary Art relies on a definition that’s similar to this one given by Mimi Fine Arts: “Any artwork the purpose of which is to present facts objectively, without inserting fictional matter, recording and/or commenting on some content, often political or social, by accumulating factual detail.” That’s a fine definition, except that it’s completely wrong on one point. Objectivity doesn’t exist in that way simply because bias is inherent in how we perceive things. 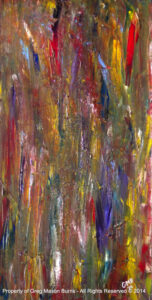 This painting is documentary in nature, and it’s biased, too.

George Berkeley is largely responsible for creating subjective idealism as we know it today, and later Immanuel Kant for transcendental idealism. Gottlob Frege is Kant’s counterpart, and essentially the founder of objectivism, which while not being the same thing as objectivity does require a level of commitment to something being something, or at least a commitment to objectivity. All claim objectivity at their heart, but the definition used above only refers to truth as being unbiased, which is counter to idealism.

What’s important to remember here is that unbias is impossible. It’s also impossible to present facts objectively. We base everything we see, feel, touch, hear, taste and then how we report on those things, on our interpretation in that moment. Journalism schools try to pound into their students’ heads that objectivity is the basis of news, or the statement of facts. I know because I graduated from one. But even the straight headline of “Car Accident Kills Two on Main Street” has bias. How many cars were there? Did the weather affect driving conditions? What about speed, alcohol, or a heart attack? By adding or not adding any piece of information leads towards bias in a direction, whether intentional or not. 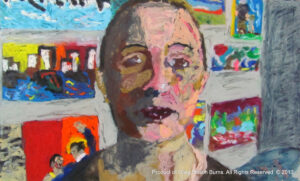 Imagine the same headline written as “Two Die in Accident on Main Street.” It is easy to attribute both headlines to the same event, but they can also be linked to two completely different events as well. There’s no way to know without adding information. Any added information naturally sways how one feels about the event. Add in limited space and time to tell the story and the story gets more biased.

It’s this that I have a problem with that definition of Documentary Art. Yes, I get the point and the spirit behind it, and the approach is admirable. But there’s a very serious disservice done by suggesting that “presenting facts objectively” equals some level of truth. The truth is that whatever the artist reports is whatever the artist wants the public to see and hear. Obscuring this leads to greater ignorance over greater intelligence. 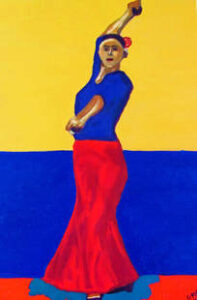 This is flamenco, whether one believes it is or not

Documentary Art: Importance to My Work

This is important because I want people to know where I’m coming from in my practice. What I present is what you will see. However, I have no illusion that you will interpret the same thing that I did when I created the work. In fact, I often deliberately try to tell you I am manipulating the message. Even the title often has a name that tells the viewer that I am trying to manipulate him or her. Truth is what one experiences, how one interprets, and what and how one reports this. I create something with an intent to tell a story. Many artists hide this, but I don’t. I’m deliberate in this way. By dumbing down Documentary Art as something pure and without bias is irresponsible at best. I won’t do that. I’ll tell you what I experience, and you’ll tell me what you think.