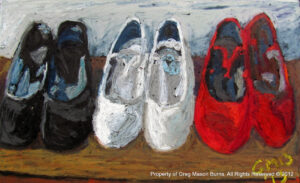 This article by author Amy Kelly suggests that art and science have developed together over time, despite having opposite functions.Published by the University of Wisconsin La Crosse, the article suggests that art and sciences have long been linked. This is true even in the 20th century where it is rare to find people participating wholly in both areas. After all, art is supposedly more emotional while science is supposedly more logical. This is in spite of the fact that many artists create logic-based art (M.C. Escher, for example). Of course, many scientists make discoveries based on intuition (such as Newton).

Kelly found that artists and scientists both describe working best when in a mental state as opposed to working in a particular location or during specific times. She also connected that both believe that the other needs to continually work on the same processes every day even when there are no “positive” results. Similarly, both believe the other needs to think differently in order to be great at what they do. Her final conclusion, however, was that art is what happens after science is learned. Science is about learning rules and adapting them. Art is about breaking these rules and forging into unknown lands.

The point for art-lovers? That art and science are not only linked in some very key ways, but also that one leads to the other. Art has value because it takes science to the next level.

Click here to see how art can motivate you to make better decisions.