Trust in the Process: The Myth of the Right-Left Brain Mentality 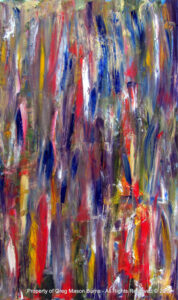 Learn to be Creative

First of all I believe that anyone can be right-brained or left-brained. Overly analytical people can train themselves to be more emotional and the same goes for emotional people. The only reason why we’re analytical or emotional isn’t because that’s just the way we are; it’s because we’ve learned to accept that’s the way we are. Many of us, as I was, are unhappy leading overly analytical lives. I was a financial analyst at a children’s hospital in Boston, and I was good at it, too. But I longed for something more. Some may say that my feelings told me that I was more right-brained, and there may be some truth to that because I eventually quit my job, moved to South America, and became a painter.

However, I needed about two years to unwind my old, analytical ways. I couldn’t just turn it on, and even today I still find myself struggling with getting away from the occasional analysis in my work. But my point is that I had to teach myself to live more creatively. I’ve successfully done so, and if I can do it then so can others. It’s a lifestyle more than it’s a fundamental part of our personalities. I’ve always said that I can’t sing well, but I know that’s not true. It’s just that I’ve never learned how to sing. People who say they can’t draw have simply never learned, or at the very least not taught in a way that has connected them to their ability. I’m a perfect example of this. I always believed I couldn’t draw, but then I learned that it requires a lot of hard work. Now that I know what I’m doing, I can do it. 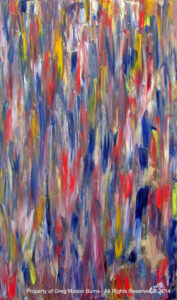 I also don’t believe in the right-brain vs. left-brain myth is because science has actually disproven this. Are certain parts of the brain more analytical than others? Yes, but that doesn’t mean that the right side stops working, nor does it mean the right side does less than the left. They’re actually about equal. What does exist is lateralization, which is a certain section of the brain becoming more active during certain activities. Here is a great article that explains this well. Speech, for example, is predominantly done by the left brain for right-handed people, and a person’s ability to pay attention comes from the frontal lobes. But according to this article by Science-Based Medicine, while there may be some brains and some periods of people’s cognitive energy using a particular area of the brain at any given time, on average the brain uses both sides equally.

In other words, the artist is using the left brain as much as the right brain both during the periods of creation and execution. Even the OECD gets in on the act (though really, who trusts the OECD?). From the OECD paper (final paragraph): “If one considers the right hemispheric creative and emotional thinking style, there is no scientific evidence that supports a correlation between creativity and the activity of the right hemisphere, let alone evidence for a correlation between the degree of creativity and the use of the right hemisphere.” Again it states: “…Stanislas Daheane found that both the right and left hemisphere are active in the identification of Arabic numerals (e.g. “1”,”2”). Similarly, other data showed that subsystems in both hemispheres are activated for parts of the reading process, e.g. decoding written words or recognizing speech sounds.”

It’s How We Develop

In fact, this Johns Hopkins article suggests that all of this is cultural and comes from teachers who think they know what they’re talking about when they see an exceptionally strong student doing exceptionally strong tasks in a certain field. This isn’t a right-brain vs. left-brain activity that they’re doing. It’s based more on how they’ve developed. Furthermore, this idea actually may restrict us (I know this to be true on a personal level).

The article goes on to say this: “…the beliefs and confidence a student has about his or her ability to perform and succeed at an academic task. A body of research has shown that students’ self-efficacy beliefs predict their subsequent ability to succeed at an academic task. During adolescence, in particular, students’ self-efficacy begins to be influenced more by experiences in school, such as interactions with peers and educational evaluation. Therefore, if a student is labeled as a “right-brained” person, for example, that could negatively impact his or her beliefs about his or her ability to perform math-related tasks, which in turn could make the student less likely to succeed in math.“

The Myth of the Right-Left Brain Mentality

So what’s my point? Do what you want. Stop being led by whatever people tell you you are. Do personality tests work? Maybe for some things. I am introverted and I know those personality tests out of the park every time, but I also hit the right-brain tests hard, too. I used to be a financial analyst. I hated it. Now I’m an artist and I love it, even the hard parts. So stop. Just do…whatever you want to do.

Untitled Abstract #2 – Oil on Canvas (2013)
PrevPreviousTrust in the Process: Where Does Creativity Come From?
NextBehind the Painting: Igreja do Cerro Branco (and other small towns)Next